BCA BOARD APPROVES TRAIL CONNECTIONS AT THEIR FEBRUARY 2018 MEETING.

The Association’s vision has begun for a balanced park system that enhances lifestyles by providing additional active and passive recreational opportunities. As part of the concept plan for Neighborhood Parks 3 and 4, the Association is looking to kick off the first of several park enhancements by improving access between neighborhoods and the existing trails south of Creighton Road. The scope of the project is to install several short trail segments that will provide additional paved access points to the greater trail system. The BCA Board kicked off the capital project process for these trails by unanimously supporting the project in concept at their December meeting.

The Association is seeking input from residents on the proposed trail connections. The resident comment period is open from December 22nd through February 6th, 2018 and all comments will be reviewed by the Committee and BCA Board as part of the process. There are several opportunities to comment. All potential trail locations have been marked with Comment Period signs, and residents can submit their comments or questions to CIP@brambleton.org. Residents can also attend the Grounds & Facilities Committee meeting on January 16th, 2018, and the Board of Directors meeting on February 6th, 2018, to provide input on the proposed trail connections.

The Association remains committed to transparency throughout all phases of this project and will continue to update residents through a dedicated website, signage, Friday Flash, emails, and newsletters.

Trail locations by street with coordinates are as follows: 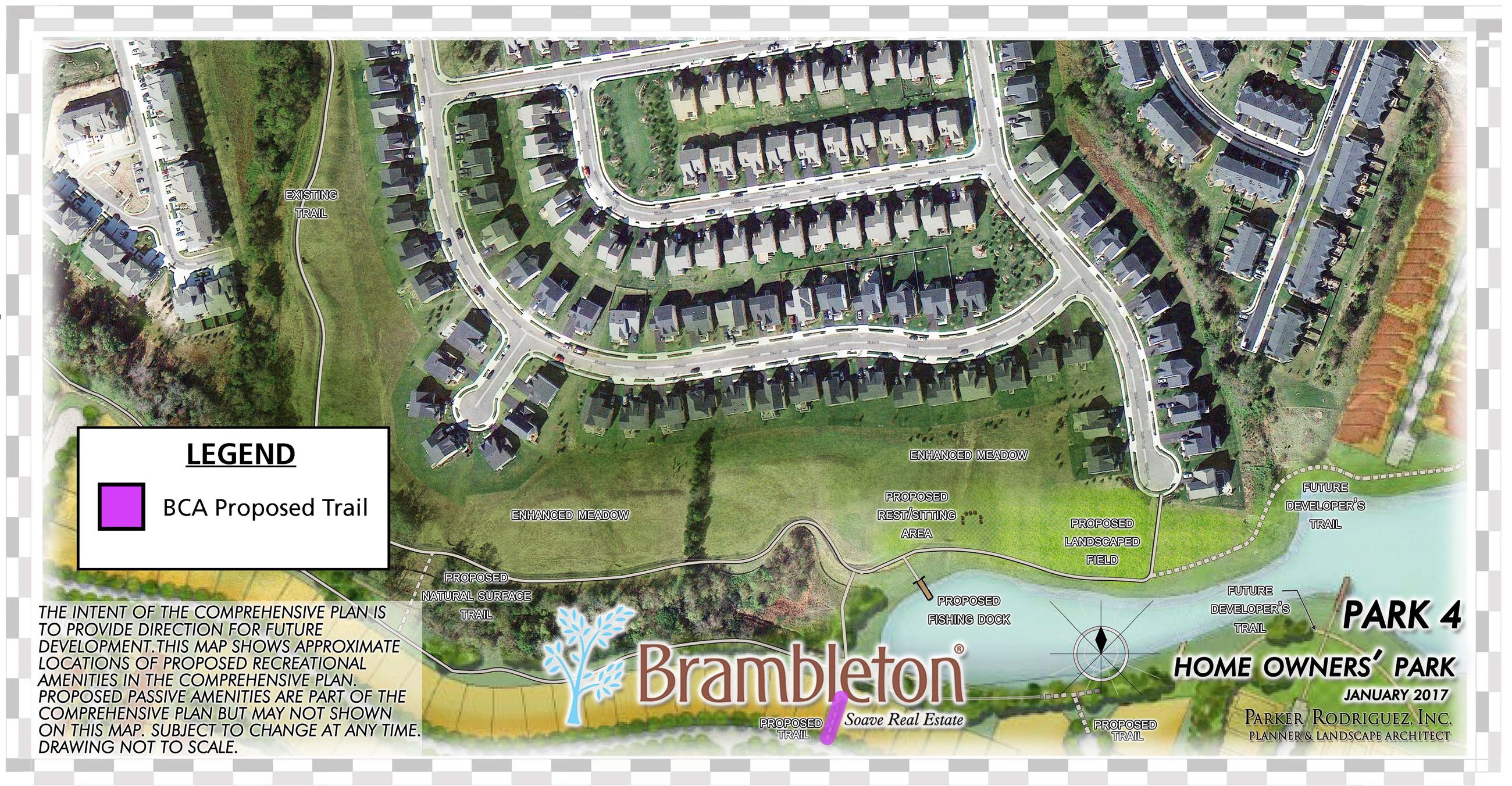